“Stepping into the world of code” | PART ONE

“Stepping into the world of code” | PART ONE

My personal experience with HTML

As Ali has said before, it doesn’t take long to get a handle on the basics of HTML. I’ve not been learning to code for long but I already feel confident in creating an HTML document. Perhaps my best HTML might not be as well put together as CodingAli, for example, but it’s got potential and, most importantly, it works. For me HTML was the first programming language I learnt and it’s the most important step to get right if you’re wanting to become a web developer. Without an understanding of HTML, it’s impossible to code websites and luckily enough for all of us it’s pretty straight forward.

I’ll be honest with you, the first week that I spent working in HTML I found myself frustrated more than once. But with some careful use of google and some quick tutorials on sites like CodeAcademy, I managed to get my head around the different structures and get into it properly. Learning to code is just like learning a new language, and although I’ve tried to learn plenty of languages throughout my schooling, I never got far beyond the basics. I think the reason that I finally broke through the barrier I seemed to hit with spoken languages was that in HTML you can see something tangible in front of you, working as a result of your success.

The beauty of HTML comes from the ability to type a line of code, hit save and then see what you’ve created pop up in your browser. It’s this which truly helped me to progress with the language and then continue from there onto learning CSS and JavaScript. You can type your first line of code, see that come up on your screen and then just tweak the tiniest thing to see a whole new layout appear – it’s such a rewarding feeling. As I’ve progress with HTML I’ve come to realise the benefits it has to offer for a visual learner like myself. It’s weird to think but a visually stunning website all starts with 30 to 300 plus lines of code. That’s been my favourite thing to learn as I have been working through my course so far. To be able to use code as an outlet for my creativity is so exciting when I was expecting to be looking at a black and white page all day. I can vouch for the fact that it’s nothing like the movies.

Another interesting thing that I’ve realised while learning HTML is that you don’t have to learn any new words as such but rather all you’re learning is a new way of structuring ones you already know. In HTML, as in the English language, you will come across something called semantic structure. Sounds difficult I know but it’s just a fancy way of saying “organising things so they have meaning”. Just like we organise English words to make a sentence, we need to organise our programming language. In programming languages, semantic structure is used to make the language straight forward and understandable both to the human programmer and the browser which is displaying it. This makes learning HTML and other programming languages just like spoken ones as it uses words and abbreviations that you can understand before even starting to learn how the program works. Just think about babies learning to talk, you teach them words before reading them Shakespeare.

While learning this new structure is one of the most interesting things to learn in HTML, it can also be the most difficult. For me, the structure of an HTML document was the hardest part of the learning process. Recognising that where your tags are sitting within the document can make a huge impact on your result is a bit of a harsh learning curve. Equally, missing a single symbol can sometimes make your whole page forget how to display itself. Unfortunately, the only way to learn this is through practice and to be honest it didn’t take all that long. Like Ali said, you can learn HTML relatively successfully in 2 hours but the skill is developed through practice and perseverance, and let’s be honest, you can’t go wrong when you’re enjoying it. 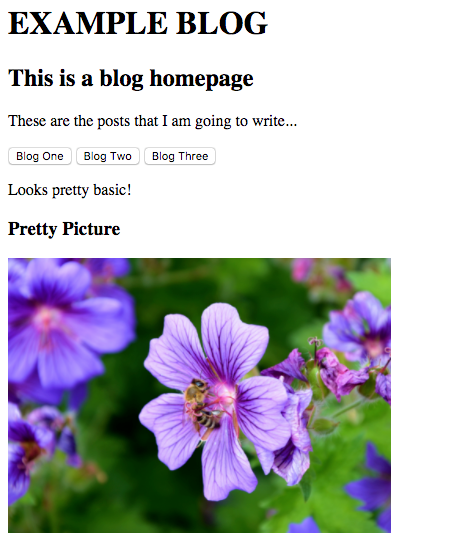 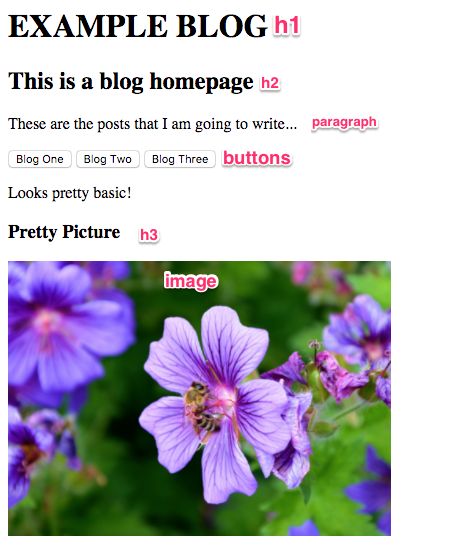 As I said before, HTML is the first step for anyone who wants to be a web developer, and as a result there are some pretty incredible resources out there to learn from. The first few weeks of my learning were directed by free online courses dedicated to teaching the basics and they are all you need to get stuck in. The process of learning to code in HTML was a huge change for me stepping out of an Ancient History degree, but I have relished the chance to express myself creatively in an environment where I hadn’t expected to do so. Take it from me, it doesn’t have to be like the movies – its way more ‘cool’.